If you wish to see a larger image just single click on the image you wish to enlarge. If you like an image, please click on it otherwise I'm not aware you have looked at it...thanks.


For reasons known to somebody, the workings of the 950 seem to be covered by the official secrets act! I have taken some pic's, with difficulty, as there isn't much room and I didn't want to strip it down. 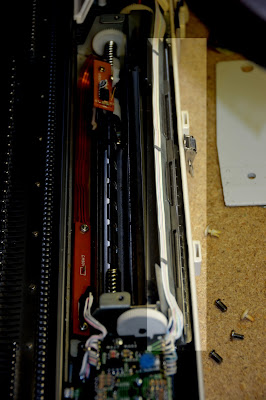 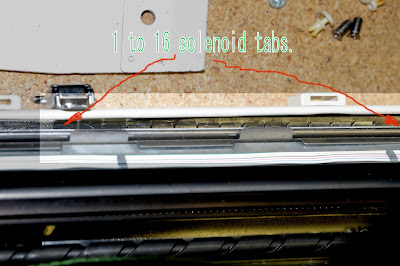 The 16 solenoids are located under the card reader. you can see the 16 tabs of the solenoids and running the carriage up and down with a pattern selected you will notice these tabs moving individually. This will indicate the solenoids are being selected by the electronics. 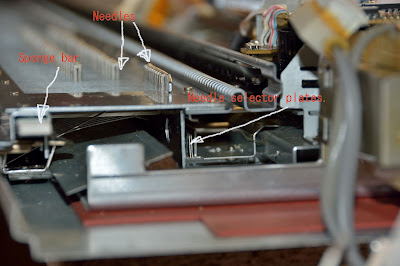 Right hand end of machine, photo's are from this end. 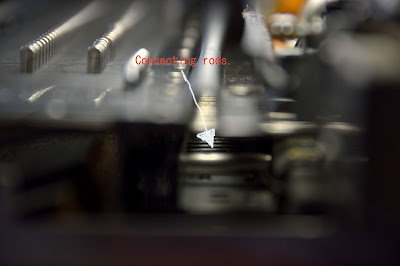 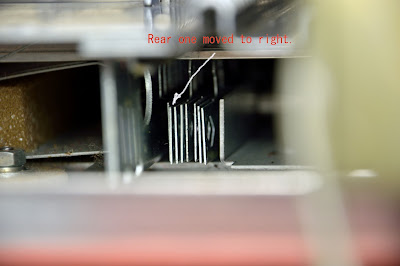 Rods from the 16 solenoids pass under the card reader to the 8 needle selector plates. When a solenoid is selected it will move the selected needle plate laterally. 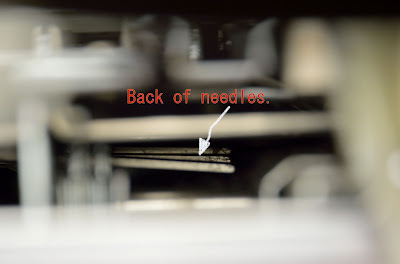 Difficult to show in a still, when the carriage moves along the needle bed it causes the rear of the needles to do a Mexican wave. 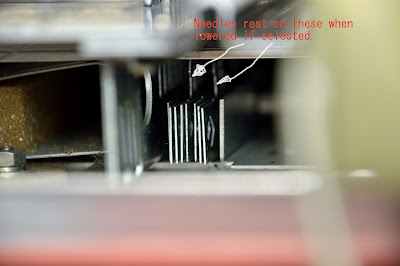 If a needle is to be selected, the needle plate will have moved laterally and after the Mexican wave it will come to rest on the vertical portion of the needle selector plate, if not selected it will go back to it's original position. If a needle is raised at it's rear the carriage will move it forward on the needle bed to pick up the second thread if doing a pattern.

The selector plates run the full length of the bed as the electronics is only interested in the needles directly under the carriage the remainder don't matter. The electronics always knows where the carriage is as it gets position information from the end sensors driven by the timing belt which in turn is moved by the carriage.